One of the highest regarded upright bass players in the world 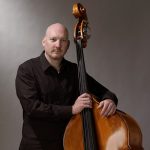 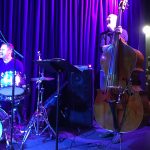 Scott Colley, the bassist of choice for such jazz legends as Herbie Hancock, Jim Hall, Andrew Hill, and Michael Brecker. His remarkably empathetic skills, strong melodic sense and improvisational abilities have served him well in groups led by colleagues Chris Potter, Adam Rogers, Brian Blade, David Binney, and Kenny Werner. But it is as a composer and bandleader in his own right that Colley has flourished in recent years, as evidenced by a string of recordings, beginning with his 1996 debut Portable Universe, (Freelance) and continuing with 1997’s This Place (SteepleChase), 1998’s Subliminal (Criss Cross), 2000’s The Magic Line (Arabesque) 2002’s Initial Wisdom (Palmetto), 2007’s Architect of the Silent Moment (CAM jazz), and the 2010-release, Empire (CAM jazz). 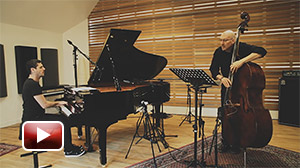 Scott has just recorded a new CD “Current“. This has been a fan funded project
Please join the New Fan-Funded Project on Artistshare available Now!
http://www.scottcolley.com
Recordings for Purchase

Wayne Jones has created a beautiful 2 channel tube preamp of the highest quality. It is exceptional for optimizing any high-end microphone and works seamlessly with the internal 48-volt phantom power from the preamp. This gives total control of the microphone sound with the 6 band built in EQ. The other channel can be used to combine the microphone with any pickup. The best of both worlds for acoustic bass! Thank you Wayne!