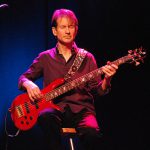 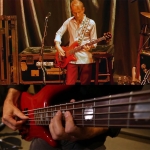 “Joe Jackson received the lion’s share of credit for his early classic albums (and understandably so – he penned and sang all of the tracks), but bassist Graham Maby seemed to lead the charge musically, as his bass was almost used as a lead instrument on many of the tracks.”

“Maby has played regularly and toured with Jackson throughout the ‘80s, ‘90s, and early 21st century. In addition to his regular work with Jackson, Maby has guested on recordings by a variety of other artists, including Natalie Merchant, Marshall Crenshaw, Shania Twain, Freedy Johnston, Dar Williams, and They Might Be Giants, among others.” ~ All Music