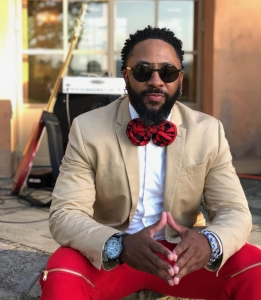 RISHON ODEL NORTHINGTON is perhaps one of the most creative talents in this era, having recently enjoyed the titles of #1 MOST ADDED ON SMOOTHJAZZ.COM and #1 ON BILLBOARD’S SMOOTH JAZZ CHARTS for his writing on “XX” (Brian Culbertson) and “You, Me & Forever” (multi-GRAMMY® award-nominee Najee). In addition to appearing in such major motion pictures such as Marshall and Breathe, the multi-instrumentalist, composer, and producer is most known for his high energy and charisma onstage.

Having such a vast love of music, Odel started his musical career with a few trips to the music store, only to expand into drum workshops and videos with drumming legends Liberty DeVito, Dom Famularo and LaDell Abrams. Within his first year of playing, he got his first professional gig with Malaco recording artist Georgia Mass Choir, filling in for Alex Evans (Patti Labelle). 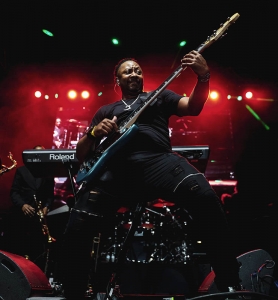 Odel is a member of the 148-462 Local. He is also a member of the International Society of Bassists. While still pursuing a Music Education degree at a SUNY College, Odel burst onto the music scene in 2006 with an arco bass piece performed at the opening of the JoAnn Faletta International Guitar Competition alongside the Buffalo Select Chorus. After conducting his first orchestra in 2009, Odel composed music for the Eastman String Quartet, Buffalo State College Symphonic Band and The Ieda String Ensemble, which he used to score the film Less Than Perfect (produced by film legend Reuben Santiago). 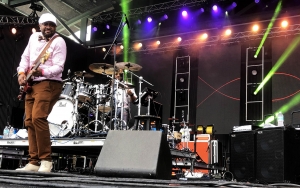 He is the Musical Director for Canadian Pop sensation Julius Wilson and one third of the Walter Kemp 3Oh!. Odel has also travelled and recorded with a pastiche of great artists throughout his career, such as: Cissy Houston, Marvin Winans, Riley Richard, Phil Perry, Chanté Moore, Donnie McClurkin, Special Gift and (Love & Hip-Hop star) “Stevie J” Jordan. When he is not touring or composing, he conducts workshops and clinics throughout the US, Canada and other territories. His teaching record consists of vocal and instrumental students that have gone on to Howard University, Berklee College of Music, Buffalo State College, Michigan State, and more.